Fortune Favours the Innovative: Why Agile is Beautiful in Oil Industry R&D 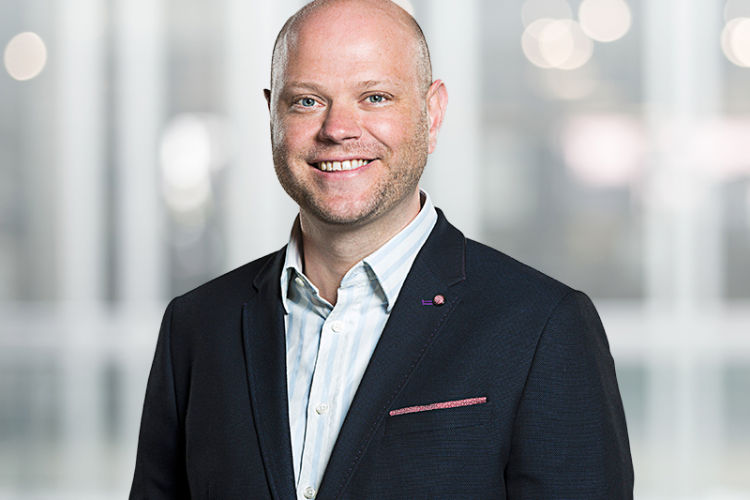 The oil industry has been an innovator in technology right from its birth during the first industrial revolution. From the incredible breakthrough of the rotary drill in the 1880s to the measurement-while drilling (MWD) systems and horizontal and directional drilling technology of the 1980s, our industry has looked to smart R&D and innovation to meet the biggest challenges of the day.

Today, the industry can drill accurate, controlled, deviated wells to distances, depths and pressures that would have been considered impossible just a few years ago.

But we should not get complacent. The new challenges of the zero-carbon era, maximum economic recovery (MER) and decommissioning mean that our need for continued technological innovation remains as high as ever.

Unfortunately, there is strong evidence that R&D budgets in fossil fuel production, which were at their highest in the 1980s and early 1990s, have slumped since 2013 (IEA). The decline was particularly steep in the aftermath of the 2014 oil price crash. Oil and gas R&D spending fell by 15% in 2015 and by a further 5% in 2016.

Many oil companies failed to realise that investing in R&D would not only develop more efficient ways of lowering their costs in the short-term but would generate huge savings and efficiencies in future that would greatly boost enterprise value.

With supply chain turnover and average EBITDA margins falling by around one-third during the downturn, innovation by the majors suffered. Creating new and improved technologies is difficult for well-established companies. By and large, they are better at execution than at innovation.

At the core of technological innovation is a desire, or a need, to solve a particular problem. That requires a certain mindset as well as a lean and agile approach. It’s no surprise then, that smaller, entrepreneurial companies are at the heart of most of the important breakthroughs in technology.

Look at Silicon Valley, for example. Many of the greatest pioneering technologies developed in the world’s number one innovation hub were achieved by very small companies.

Apple, Tesla, Google, Apple and Hewlett Packard were all based, literally, in garages when they first developed their game-changing products.

Successful product and process innovation requires five ingredients, according to PwC. These are: a stream-lined organisational culture; strong and focused business leadership; creativity; a culture of willingness to adapt; and the ability to capture new ideas. That is almost an identikit profile of good smaller technology company.

They benefit from a clear single purpose and a simple flat structure. They can make decisions rapidly as they are free from the multiple departments, silos, politics, bureaucracies, compliance requirements and cumbersome meetings structures of most major players.

When a valuable idea is put forward, it can be developed quickly and launched to potential customers. In the early days of Facebook, when it was a small start-up, this approach was called ‘move fast and break things’.

Smaller companies are more incentivised to focus time, brainpower and resources on an innovative idea that is critical to the growth of the company. The vast majority of larger companies just don’t have the make-up, urgency or desperation to become truly innovative,

And whereas major companies have discreet R&D departments, smaller companies have a culture where everyone is involved in innovation, and everyone understands the necessity of that innovation. Simple innovation underpins the culture at DCT where innovation is at the core of our values; it is also what our clients expect from us and what drives our business growth.

The value of this entrepreneurial culture is well understood and harnessed by WL Gore – maker of Goretex. The company has a policy of building a new stand-alone factory whenever the workforce in an existing facility reaches 150.  This is because Gore recognises that 150 people is the point at which ‘we decided’ becomes ‘they decided’.

It’s the stand on the chair number. If the CEO stands on a chair to talk to the whole team, 150 is the number at which the folk at the back start shouting: ‘we can’t hear you’.

But after the years of ‘lower for longer’ oil prices, a general recovery has been underway since mid-2018, albeit with a slight hiccup at the end of last year. Research indicates that technological innovation and R&D in the sector is strongly correlated with a high and stable oil price.

If international oil prices rise by 1%, an international oil company's R&D input will increase by 0.19% and vice versa. This is borne out in the latest survey from Aberdeen & Grampian Chamber of Commerce which found that the oil industry is currently enjoying the highest level of investment in R&D since 2006/07 with spend projected to continue.

The UKCS is seeking ways to harness this and Aberdeen, where DCT is based, is at the forefront of developing a culture of innovation rather than merely financing individual projects.

The city’s acclaimed Oil and Gas Technology Centre works together with its world-class universities and industry bodies on co-investment projects, R&D collaborations, incubator and accelerator programmes and industry networking to drive the innovations needed to protect and develop the industry

At DCT – with our leadership in specialist hydromechanical tools for well construction, well completion, casing and slot recovery – we are part of that entrepreneurial drive to constantly push the boundaries of technology.

We are proud to be part of that culture and we share that innovative and entrepreneurial focus on fixing the industry’s challenges of today, helping to maximise economic recovery and participating in the technological transformation of the sector to be ready for the low carbon future.